I lived with a man once who derogatorily declared that I was a gypsy and could move my life in a cargo van.  True.  But was that a bad thing?

I have moved very few times over my life and each time, the move has evolved and reflected where I am in life, not just physically. As I prepare to move again, I look back.  My days of gypsy moves are gone.  My youth has passed.  My mobility has become impaired.

I really didn’t move initially  in a real sense but lived away in college.  My second through fourth years were lived in Rogers House, a brick 4 story house across from the university.  It was a walkup. My first year there was on the 2nd floor.  It was emergency housing for me and I believe my friends helped me move in possessions and clothes. It was already furnished.  Every year, I had to leave and come back.  This involved travelling back and forth with my father only.  There was never enough room for my mother.  The third and fourth years, I lived on the fourth floor.  My father must have helped me.  I ran up and down those stairs several times a day.  It was a very modern apartment for the times. It had a trash compactor.  Well, as fit as we all were,  45 pounds of compacted trash were slightly beyond us.  We became known as “the girls with the garbage” because any time someone walked us home and walked up those four flights with expectations, they literally left with garbage.  I had to sit with hats on my lap in my father’s car when I left because there was no space. I can’t believe how easily I ran up and down those stairs and with stuff.  Who knew 40 years later that I would not be able to manage unaided the two steps up to my home.

I came home to my parents  and stayed put for years.  My postal worker and I started to look for a place to live together.  We couldn’t come to an agreement so I found my own place.  It was the 2nd floor of a house.  I absconded with my bed, my parents’ black and white TV, my bedroom set which had been theirs originally and my childhood desk.  My brother must have done that move.  My boyfriend certainly did not.  I bought a room divider at Ikea and lifted it in pieces up the stairs.  I acquired a color TV and VCR one Black Friday  which I also lifted up myself.

I became engaged, not to the postal worker.  We rented a cottage in another town.  My fiance rented a cargo van.  His brother and my best friend came along to help.  We should have known there was trouble ahead when a piece of furniture couldn’t get out the door. D’uh, take the door off the hinges.  Girls knew about that?  Yes, “girls” in their thirties knew that.  Girls had their own tools provided by their fathers and girls knew how to remove hinges.  A van and two packed Escort hatchbacks did the job.

Of course, the marriage was doomed. My brother knew this the night of the wedding when he came back to the cottage and I announced, “This is John’s room and over here is my room.”  I became almost clinically depressed.  My father said he would not help me with the move.  I had to hire a mover even though I was broke.  I packed 17 boxes and piled then in the living room before my then husband realized I was serious.  The mover expressed condolences to me on dealing with my parents and said “I give you three months.”  It was more like three years.  My father had cleared the garage for me and then decided he needed it back.  Rent storage space; load up the Escort and stack boxes.

Next move.  I met a man my parents detested; he of the gypsy comment.  He rented the cargo van and I loaded the Escort up yet again. It was 1 floor.  It did not work out.  I quietly found an apartment on the top floor of a house and just as quietly began to move things out.  I did have a problem.  I needed someone to drive the van.  My friend had a business with workers who liked me.  They would help.  However, her husband said he liked the man and could not take sides.  I took the man out to dinner and he knew immediately I was leaving him.  He drove the van cementing forever his version of the gypsy life with the cargo van.  My friend’s workers met us and it was the easiest move I ever had.

Next move was from that apartment into a home of my own with my new husband. His 18 year old son and friend helped.  Just worked part time for “Joe the Mover.” He borrowed a box van.  We couldn’t rent something to let him drive.  He was too young.  The box van didn’t do it.  I had every Bon Appetit from 1984 -2006.  I had to resort to “rent a wreck” and a cargo van.  And I drove it and it was easy.  There was a basement with “mad crazy stairs” and an upstairs.  I didn’t even take a day off from work.  It appeared my gypsy days at ended.  I had a husband, furniture and a mortgage.

As my condition progressed and the neighborhood deteriorated, it became apparent it was time to move on.  There were no more cargo vans in my future.  The projected move was out of state and to the South no less. Let’s be real, a move to another country, just one without a passport.  A real mover.  As much as I advocate change, I still consider move and pack ugly four letter words. Moving requires an evaluation of where you have been, where you are and where you think you are going.  The destination is never clear or defined until you actually alight.  It’s painful, at least to me. Think about the optimism when one starts.  There is a reason the move is taking place.  It is a leap into an unknown.  There are simple things such as “Will the sun still make my walls glow?”  What is the library really like?  What sounds do you hear in the still, quiet of an evening? Then the most important questions – “What do I take and what do I leave behind?

A good friend and I have had this discussion in terms of the migrant experience.  What do you take in your grip? And what’s left behind?  As I contemplated this move, I had to reflect yet again on my grandmother and what she brought with her; how she brought  it and what she left behind.  Grandma brought crystal, champagne glasses with stems so thin, they break if you breathe.  Only one is left.  Other crystal that was her mother’s.  Silver service for at least 36 people.  It was for a way of life that no longer existed.  Tea cups. 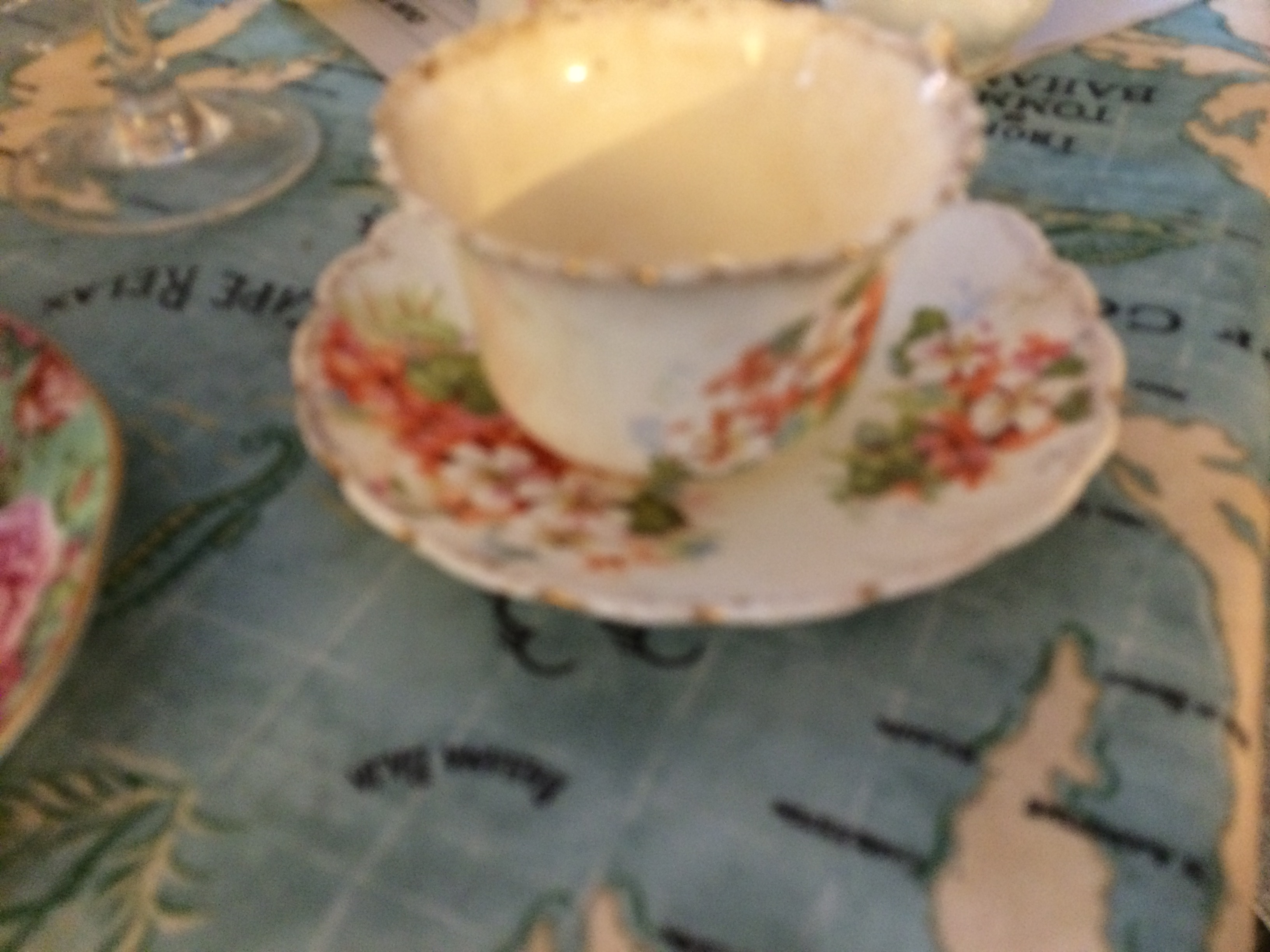 Vases.  Trinkets.  A crystal heart with a silver cover holding a lock of her dead sister’s hair. The silver sandwich tray that the servants would put sandwiches out for Sunday supper.  The paper cross that held the rose rosary beads given to her by my grandfather.

Pictures of relatives; some lost to the mists of memories.  What was left behind?  Fiestaware dishes.  A way of life.  Friends.  Family.  Home. 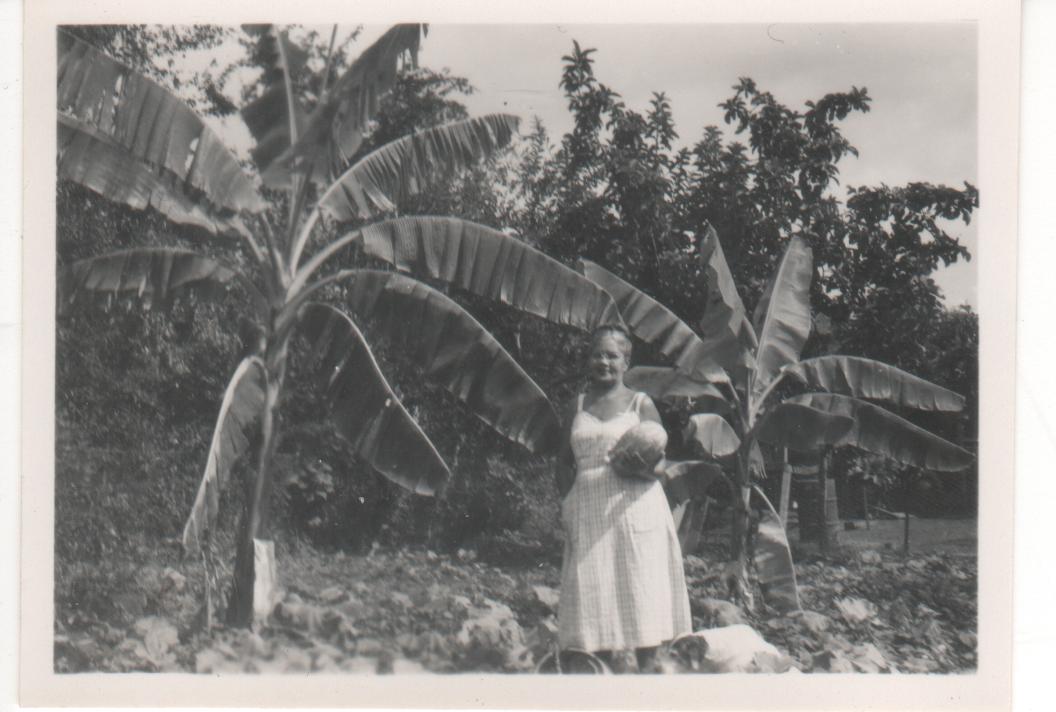 So, I was faced to evaluate what was worth sixty cents a pound to me. Definitely most of my books.  My great-grandfather said that books are your best friends. They represent the times in my life. There are the childhood books: Heidi, The Secret Garden, A Little Princess, Little Women, the Bobbsey Twins. College: Victorian poets, Fanon, Marx, TS Eliot. Life: Cookbooks, Dickens, Rhys. I would be leaving my life behind. My umpteen sets of dishes for every occasion.  This is  a fetish inherited from my grandmother and filtered through me.  A dining room set that I had to acquire when I bought a home.  All of a sudden, I am no longer a cargo van gypsy but a woman of substance; of nearly 12,000 pounds of “stuff” and a tractor trailer.

And I could no longer lift things or pack  due to my condition.  No more footloose and fancy-free days for me. It’s sobering.  Is this “weight” I wanted?  What do I leave behind?  It’s a new era so my friends and family are only a telephone call or video chat away.  I definitely lose a sense of place and time.  I knew the rhythms and scent of my life; the hot tar city smell, the salted beach sand, the magnolias, the mums, the roads.  And am I ever going to be that life packed into a cargo van gypsy again?  She has been left behind and I miss her terribly.

This site uses Akismet to reduce spam. Learn how your comment data is processed.